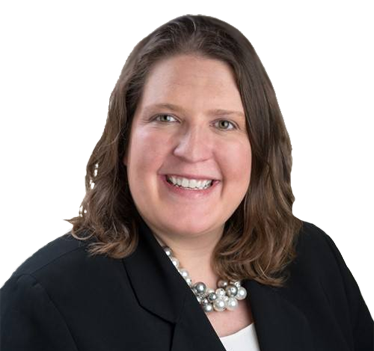 Audrey D. Medd, a seasoned trial attorney, is a senior associate with Russo & Gould. Her practice areas include all aspects of insurance defense in both Connecticut and New York including motor vehicle accidents, premises liability and medical malpractice. Audrey has been practicing law since 2004. She has tried multiple cases to verdict in both New York and Connecticut and was even admitted pro hac vice upon request of a client to try a case in state Court located in Nashua, New Hampshire and NYC office.

A Hudson Valley, New York native, Audrey now lives in Danbury, CT with her husband, a professional brewer, her dog, Dennis and her cat, Barley. When not in the courtroom, you can find her practicing Yoga, enjoying the craft beer scene, playing around in her craft room with some mixed media, or reading an entertaining book.

Congratulations to our Senior Associate, Audrey Medd on Another Terrific Win for a Connecticut Russo & Gould Client

In Jackson v. 61 Warwick, LLC, et. al. Audrey secured a judgment without trial for our client in an action where plaintiff alleged mold issues in her apartment caused significant injuries. Audrey successfully challenged the legal sufficiency of the plaintiff''s Complaint through a Motion to Strike. Specifically, Audrey argued that the plaintiff could not maintain a cause of action under Connecticut General Statutes § 47a-7. After argument, Honorable James Abrams, in his well-reasoned decision, agreed with Audrey and held that "[t]he statute itself does not create a private cause of action for the tenant in the event the landlord violates any of the multiple requirements contained in Gen. Stat. § 47a-7," and struck plaintiff''s Complaint in its entirety.

On January 3, 2023, Marie Castronuovo''s motion for summary judgment was granted on behalf of our clients in the case of Brian Crosby v. AJA Turnpike et al. Ms. Castronuovo moved for a dismissal of plaintiff''s Labor Law 200, 240 and 241 claims against various Sonic entities. Plaintiff opposed the motion, arguing that there was an agency relationship between the Sonic entities and the owner of the property and the general contractor on the job. Judge Frank Nervo agreed with Ms. Castronuovo''s argument that no agency relationship existed and that the Sonic entities were not subject to the Labor Law.