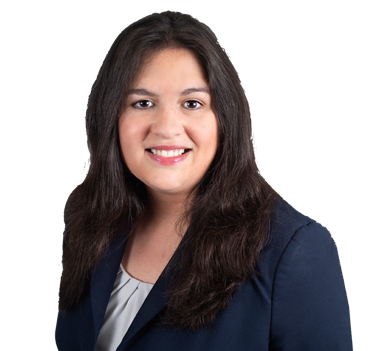 Alexandra focuses her practice on insurance defense litigation with an emphasis on personal injury actions that include motor vehicle accidents, product liability matters and property damage cases. She has written and argued numerous successful appeals in the 1st and 2nd Departments.

Alexandra has presented continuing legal education courses for insurance carriers on issues such as defending New York's "serious injury" cases as well as the current law regarding bad faith litigation. She also provides assistance to junior associates and paralegals regarding New York Practice and Procedure.

In addition, Alexandra has been integral to the firm drafting several coverage opinions related to both New York and New Jersey law, as well as multiple appeals.

Congratulations to Senior Associate Alexandra Alvarez for winning Motions for Summary Judgment for firm client, Con Edison and others. Alexandra appeared for oral argument before Justice Katherine Levine of the Supreme Court, 2nd Judicial District on September 15. She successfully argued the motions for ConEd, Verizon, Five Star Electric Corp. and the MTA/NYCTA.

Alexandra Alvarez was victorious after oral argument before the Appellate Division in the Second Department.