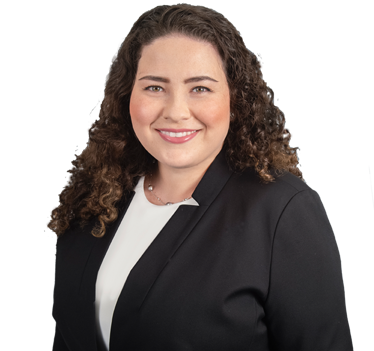 Fallon focuses her practice on the defense of high exposure personal injury and general liability claims, including construction defect and property damage actions.

She has experience defending claims brought under Labor Law 240(1), 241(6) and 200 as well as motor vehicle and slip-and-fall accidents.

Fallon has won several motions for summary judgment on the issue of threshold.

Congratulations to Senior Associate Alexandra Alvarez for winning Motions for Summary Judgment for firm client, Con Edison and others. Alexandra appeared for oral argument before Justice Katherine Levine of the Supreme Court, 2nd Judicial District on September 15. She successfully argued the motions for ConEd, Verizon, Five Star Electric Corp. and the MTA/NYCTA.

David is a proud named partner of Russo & Gould LLP, a firm he's been with since 2002 and served as partner since 2007. As a trial attorney, David has tried more than 75 cases to verdict throughout New York, and has participated in more than 100 trials. Litigation is not the only path he looks for on behalf of his clients; he also heads Russo & Gould's Early Settlement Division and has settled hundreds of cases on behalf of insurance carriers and self-insured entities within 12 months of their inception. For the past 25 years, David has been an Adjunct Professor at the City University of New York, Queens College where he teaches courses such as Freedom of Speech, Trial Advocacy and Media Law and Ethics. Several of his former students have been hired as paralegals at the firm. He also lectures frequently for the National Business Institute continuing legal education series and has taught such courses as: Advanced Trial Tactics, Trial Skills Workshop, Mini Med School for Attorneys, Working with Experts and Using Medical Records to Prove Your Case.